Jan Geissler is founder and managing director of Patvocates, acting as advisor on patient advocacy, health policy and social media. From 2012-2017, he has been the Director of the ‘European Patients Academy’ (EUPATI), which has developed patient education about medicines development processes. He is now coordinating the team that takes change of the evolution of the EU-wide EUPATI programme and leads the German EUPATI platform. He is also work package leader of the new IMI2-funded EU project HARMONY on big data for better outcomes in hematology and a patient representative in the EuroBloodNet ePAG.

After his university diploma in Business studies in the UK and Germany in 1999, Jan held various management positions in telecommunications, R&D and media think tanks before he focused his professional life on patient advocacy in 2008. Being a leukemia survivor since 2001, Jan co-founded LeukaNET/Leukaemie-Online.de in 2002, the European Cancer Patient Coalition in 2003, the CML Advocates Network in 2007 and the Leukemia Patient Advocates Foundation in 2011. In the Leukemia Patient Advocates Foundation, he acts as trustee and as member of the CML and ALAN Steering Committees. He is representing patients in various advisory boards and committees e.g. two Expert Groups of the European Commission as well as advisory boards of ECCO, ESMO, EORTC, Berlin Institute of Health and the International CML Foundation. He is also a member of the European Hematology Association’s (EHA) European Affairs Committee and editorial boards of three scientific journals. 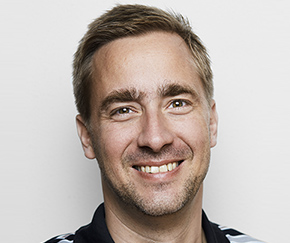