ALAN reports back on Patient, Family and Donor Day at virtual EBMT 2022

EBMT annual conference continued this year, it was due to adopt a hybrid fashion, although the decision was made late on to take it solely online. This decision allowed Ukrainian refugees to take shelter within the proposed location. It is a decision that I am sure we can all agree is best served for the current horrific situation which is unfolding in Ukraine.

As always, we were in attendance, and we are here to give you our low down on what we thought may interest you!

Covid-19 is still very much in the picture, even if media outlets do not reflect it as avidly as in the past, and so the art of virtual conference once again resumed this year, allowing all to attend safely from home.

Unsurprisingly, the conference sparked interesting conversation amongst interesting guests from patient to health care professional. It highlighted how exciting the future is for Bone Marrow Transplantation and the avenues that could be explored in the near future to better the lives of patients from across the world.

The most powerful messages within this community often come from those who have lived the experience. That is why Brad’s interesting and compelling story really caught our eye when looking through the programme. We couldn’t wait to see what he had to say on the topic of ‘Living with GVHD’ and he certainly delivered both interesting and town to earth information that left us all wondering… can more be done?

Brad’s story is both compelling and informative, the way he delivered the talk was engaging as he took us from diagnosis to today, it had us all hooked. Following a shock diagnosis of a rare form of T-Cell Lymphoma in February 2015, Brads cancer story began. It was originally thought he would not need treatment however soon enough develops found that rhetoric flipped, and Brad found himself beginning treatment in the form of chemotherapy. Sadly, the cancer only returned stronger which left a Bone Marrow Transplant the next option. Brad’s brother was found to be a clear 10/10 match and in November 2016 became his donor. From here, Brad’s story started…

Following a successful transplant, Brad began to develop acute Graft Versus Host Disease. His symptoms were predominately eye pain, which originally was thought to be conjunctivitis. The reality did not pan out this way and unfortunately Brad soon lost all his vision. A diagnosis of GVHD was given and it left him and his partner Kate wondering what was next. Brad was still blind and faced a further four surgeries over the space of a year and half before he regained this.

The crux of Brads talk hit home as he dove into the realities of living with a disease like GVHD, and how him and his partner Kate have navigated that. It is something that he feels not enough is done, or known about and that became evident on their search for a health care professional to treat them. Both Kate and Brad highlighted how very few Health care professionals were experts on his condition which comes as a surprise when GVHD can be relatively common.

During the search for a solid treatment plan to manage Brads GVHD, Kate admitted she felt ‘powerless’ as his carer. It had been translated to her that Brad needed 24hour care, this is something any carer can appreciate the enormity of. Kate touched on the stress that this undoubtedly bought to her. We found the image below she shared most interesting, reflecting the very real life of a carer and every day worries you can feel as one. 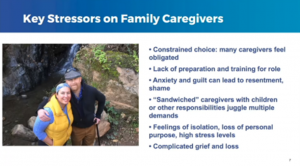 As their talk continued a running similarity continued throughout. A message we received as – Education. Both Brad and Kate repeated continuously the need for more to be done to educate professionals on the importance of catching and treating GVHD as early as possible and how in doing so this will greater enhance the outcomes for patients who suffer from this disease. The pair admitted they did not want to see others go through the struggle of finding and locating the right treatment for the length they did.

This is why, both Kate and Brad have now released books on the topic. Brad, already a writer prior to this, released his book ‘Living With GVHD’ to make it the first of its kind in bringing to light the very real reality of living with such a disease following a battle with cancer. He proclaimed it his ‘journey’ opting away from the wording ‘battle’ whilst admitting there was no enemy to defeat and so he saw little reason in christening it with the name ‘battle’. 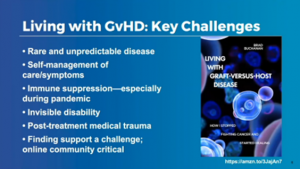 It is a book that we are sure will provide a lot of answers and support to many in a similar situation past and present.

Kate also took to paper, writing a memoir that she hopes will support those carers who find themselves in a situation her and Brad did just a handful of years ago. 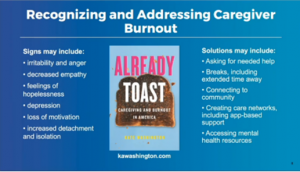 ‘Already Toast’ is a book designed to share the signs and symptoms of burnout to allow a caregiver to recognise their symptoms too. Often, we see that caregivers end up neglecting their own health to care for others and Kate agrees with this. Therefore, she has made it her mission to ensure that people feel connected, answered for and not alone in their personal lives through the help of this book.

Brad and Kates story really blew us away. It was both true, down to earth and thought provoking leaving us all wondering…can we do more?